Buzzn
Acquired by the University of Michigan

Buzzn was an iOS, Android, and web app for students to connect their calendars and extracurricular schedules with friends. The app was launched in Aug 2012 and acquired by the University of Michigan in Sep 2014.

While building Buzzn, we experienced all the highs and lows of a mini college startup trying to find its footing in the sea of growing social apps in the market. We got off the ground with angel funding from family and friends, worked with a development agency to build and launch a beta app to test the concept in April 2012, and then hired a team of students to work with us over the summer on the MVP. Hundreds of late nights and Google Hangout sessions later, we launched our MVP to Michigan students in August 2012 as an iOS and Android app. With the early traction, we quickly tried to go broad to 25 universities, hiring marketing ambassadors, making frequent app updates, and recruiting users on other campuses - but this was where we failed. By the end of the 2012-13 school year, after seeing little traction outside of Michigan, we realized we needed to scale down and build a web app, one that students could use on their laptops in the classroom and had more screen real estate to maximize features. That summer, we shutdown the mobile apps, rebuilt the product as a web app, and launched to students in the Fall, restricting the app to just Michigan students - it worked!

At the start of the next semester in January 2014 (our final semester at Michigan), we decided to approach our university IT department with an opportunity to integrate our social features into the learning tools that students used to manage their courses. In those 3 months, we went through multiple pitch decks and met with various staff across the IT department, ultimately hustling our way up to a final presentation in front of the CIO of Michigan - success! Our timing was lucky and the opportunity presented itself - the university was in the process of determining which learning tools they wanted to migrate to in the following year. We pitched Buzzn as a product that could better connect students who took the same courses and shared similar academic paths. After many negotiations leading up to our commencement, the University of Michigan ultimately agreed to acquire our software as a means to add social features into the current academic tools for students - graduation turned out to be full of celebrations :)

Our article in The Michigan Daily

View your calendar, courses, friends, groups, and notifications, all on one home screen 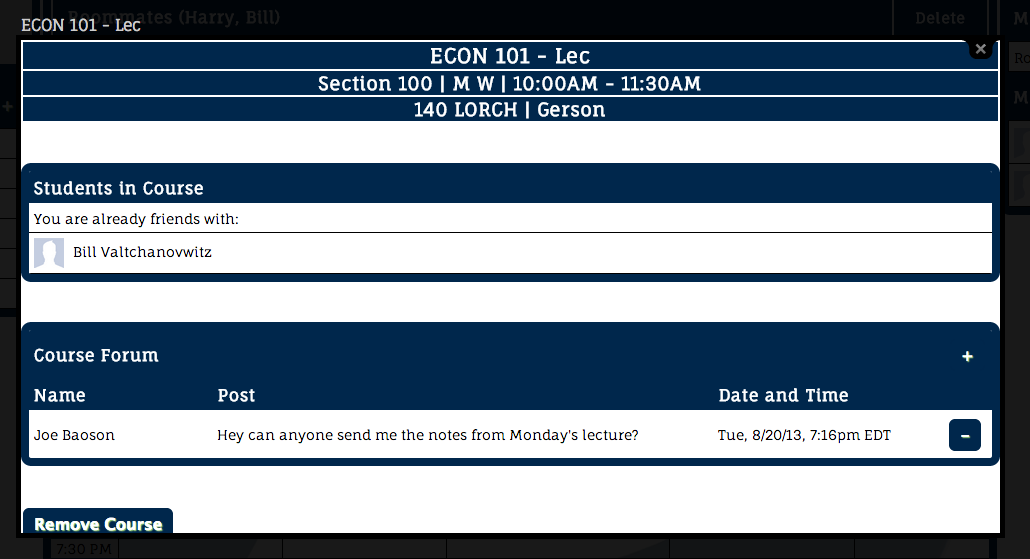 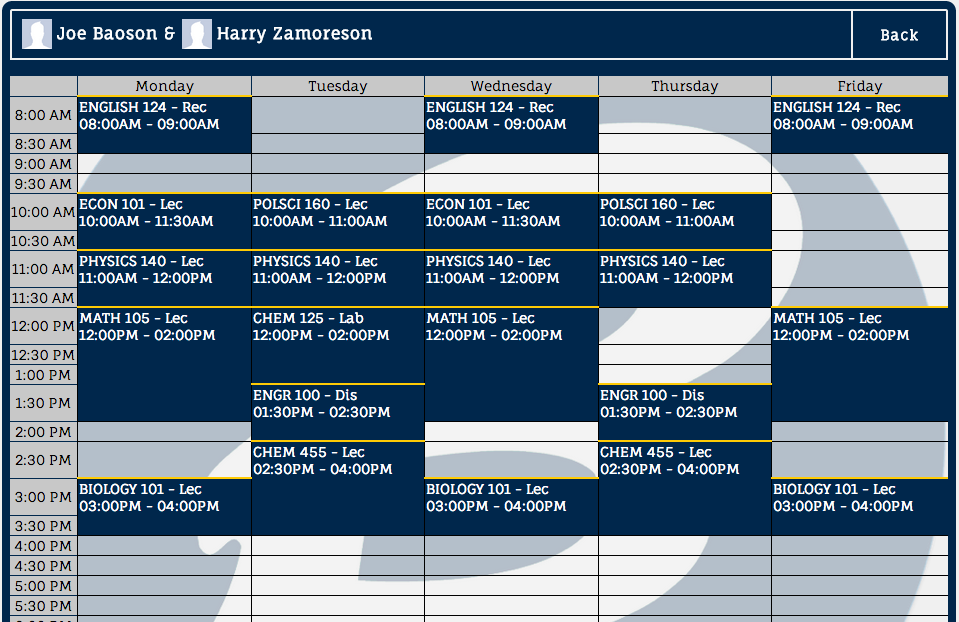